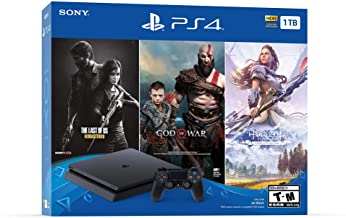 The PlayStation 4 opened to much fanfare around the world. As of 2014, over 10 million units have been sold. Gaming insiders have mentioned that the PS4 is set to become the benchmark as far as gaming consoles are concerned. It seems to have left Xbox biting the dust.

But what makes the PS4 so popular? After all, in terms of playing media, the PS3 seems to be much better. The PS4 lacks backwards compatibility. So, you can’t play your old PS3 games on it. To play games online, you’ll need to pay 50 dollars a year to get a PlayStation Plus membership. These few issues aside, the PS4 shows no signs of waning popularity.

The following features below will give you some idea why the PS4 is so popular and why if you are totally into gaming, the PS4 is a must have. There is no escaping this product. It’s a game changer.

1. In terms of appearance, the PS4 is the best looking game console out there. Period. Ergonomically designed, sleek, cool and stylish. There are no garish logos or flashing lights. You have the option of laying the console horizontally or standing it up vertically.

There is an added accessory sold separately that helps to keep the PS4 console stable when stood upright. Even this accessory complements the look perfectly. The folks at Sony probably realized that most mothers would be more accepting of a game console in the living room if it looked aesthetically pleasing.

2. The PS4s graphics are so fantastic that they make the visuals in other consoles look like outdated Ataris. The graphics are realistic and jaw-dropping because of technology that employs texture mapping, shading, artificial intelligence, real-time lighting and a memory capability large enough to pull it all off successfully.

3. The DualShock 4 controller is one of the bestselling products in the PlayStation range. There is good reason for this. Gamers everywhere unanimously agree that these controllers are beyond good.

Comfortable, easy to use, highly responsive, etc. are all adjectives used to describe the DualShock 4 controllers. Many avid gamers agree that they have been able to take their gaming skills to the next level with these superior controllers.

Each PS4 comes with 1 controller included. You will really want to get another.

4. The DualShock Share button is one of the best features of the PS4. This tool makes bragging a breeze. Each DualShock 4 controller has a Share button that will allow gamers to share the last 15 minutes of game play with their friends or take screenshots which can be blasted on Facebook.

This basically means that one will be able to rub their awesome game play in their rivals’ faces. All good heartedly, of course. The user will also be able to share the video online using Twitch or Ustream.

5. When the PlayStation Plus for PS4 was announced, there was much hoo-ha in the gaming world. Players were ranting that they didn’t want to pay a yearly membership just to play games online when they didn’t have to do so previously.

If you don’t get a PlayStation Plus membership, you’ll still be able to watch Netflix, YouTube, Hulu+, etc. What you won’t be able to do is compete with other players online and this is so important for hardcore gamers to pit their skills against each other.

There are free online multiplayer games available without subscribing to PlayStation Plus, but guess what? All the most popular games require a membership.

So is the PlayStation Plus membership worth getting? You bet it is!

At $50 a year, this amounts to about $4 a month. That’s peanuts. What the membership does allow you to do is have cloud storage for your games so that you can save your games with no fear of losing any game saves.

You get free games, automatic game updates, etc. All these for about $4 a month is definitely a no brainer.

These are just some of the interesting features that separate the PS4 from the pack. If you’re planning on getting a game console, you really can’t go wrong with the PS4. It’s only going to keep getting better. 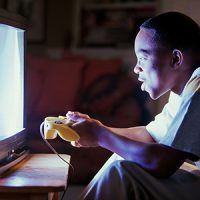